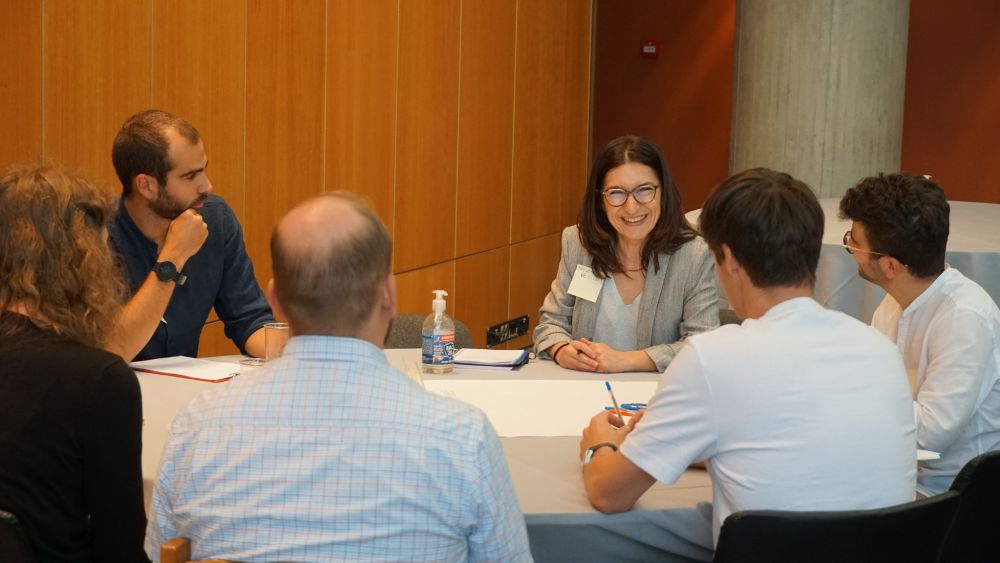 Co-creation is an increasingly popular concept – but what does it really mean in practice?

The ARCH project has been guided by the idea of co-creation, the culmination of which was this month’s Stakeholder Dialogue, held in Keystone city Thessaloniki. The gathering represented a project-long commitment to the creation of practical tools and resources by and for communities whose cultural heritage may be at risk from climate change and other hazards.

But to look back to the origins of this co-creation work, the process began with project partners outlining what co-creation really means for the project. Partners defined a common vision, as well as principles and a practical framework for working together. All of this became a part of the Guideline on the ARCH co-creation approach, which outlined the path forward as “democratically governed creation and joint development of knowledge and solutions by the project partners and their stakeholders based on trust, accountability, credibility, inclusiveness, transparency and flexible communication.”

ARCH’s four Foundation cities put these words into action during the many instances in which they mapped and involved local stakeholders actively in their work. Even despite COVID-19 restrictions, the ARCH Foundation cities of Hamburg, Valencia, Camerino, and Bratislava were able to bring local residents into workshops about the development of ARCH tools, and consult them about resilience-building activities and local work plans. The cities also exchanged with one another through frequent city-dedicated calls across the lifetime of the project, as well as during visits in 2019 and 2020. These co-creation spaces, whether workshops for community members or standing calls between cities, were where some of the most important ideas of the project originated. These collaborative moments ensured that ARCH-developed resources were truly useful for communities at risk.

Then, this collaboration grew as ARCH expanded its group of involved cities: European cities beyond the ARCH project were invited to be part of the Mutual Learning Framework, a programme of knowledge exchange and dissemination of the main ARCH results. Three external “Keystone” cities were clustered with each Foundation city, based on shared geographical and urban characteristics, common natural risks and points of interest. For example, the cluster of Hamburg, Liverpool, Regensburg, and Thessaloniki dealt with World Heritage Sites, whereas Valencia, Alba, Augsburg, and Zaragoza focused more on agricultural landscapes. Meanwhile, Camerino was joined by Appignano del Tronto, Rhodes, and Maribor to discuss the resilience of historic centres in small-sized cities, and archaeological topics guided the conversations led by Bratislava, which clustered with Warsaw, Zadar, and Cannes.

Both the four Foundation cities and the clustered Keystone cities played a vital role in the Mutual Learning activities of the ARCH project. Every city acted at the same time as mentor and mentee, examining ARCH tools through gamification, and discussing relevant local policies and initiatives. Five total meetings of each cluster of cities took place, culminating in the Stakeholder Dialogue, at which time an additional group of eight external cities joined the activities and brought an external perspective to the project results. Overall, the Mutual Learning Workshops and Stakeholder Dialogue became a direct exchange of knowledge and expertise between cities.

In this way, the Stakeholder Dialogue marked the conclusion of months of collaboration between cities across Europe. It served as a reminder that co-creation is at the core of ARCH; a project which brought cities and expert partners together to shape what resilience means, and how it can be put to work in communities.