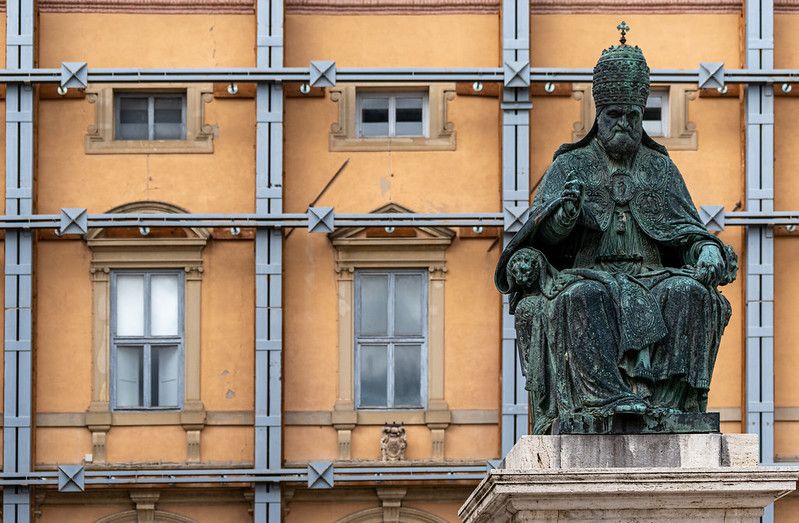 In December 2019, ARCH partners from Fraunhofer IAIS and ENEA visited the municipality of Camerino in order to meet some of the key local stakeholders and collect preliminary data for the city’s baseline report. The report has been now finalised and is available on the project website as part of the City Baseline Report here.

The Old Town area of Camerino suffered severe damage due to a major earthquake in central Italy in 2016. Many buildings were destroyed or seriously damaged, all residents and businesses were relocated, and the area remains abandoned even now. Consequently, the entire area was designated by the Municipality of Camerino as its target historic area for participating in the ARCH project.

The Old Town is home to many buildings and objects of historical, architectural and artistic cultural heritage significance, many of which were seriously damaged or destroyed and are in need of restoration, as well as facing the threat of further damage from future seismic activity. Of these, Ducal Palace and Santa Maria in Via’s Church will be the focus of the ARCH project, in addition to analysis at the urban and district scales. Aside from the threat posed by seismic hazards, the Old Town is also impacted by climatic hazards such as heavy snowfall.

As part of the visit, the project team, guided by partners from the Municipality and the University of Camerino, visited the Old Town and some other buildings affected by the earthquake. The researchers also conducted a preliminary resilience assessment for the city’s baseline report, which became a trial run for the resilience assessment methodology that ARCH is developing.

To get further insights about cultural heritage sites of Camerino, Bratislava, Hamburg, and Valencia and the work to be carried out there in the scope of ARCH, have a look at the project Deliverable 3.3 City Baseline Report here.