Hamburg to save its iconic quay walls 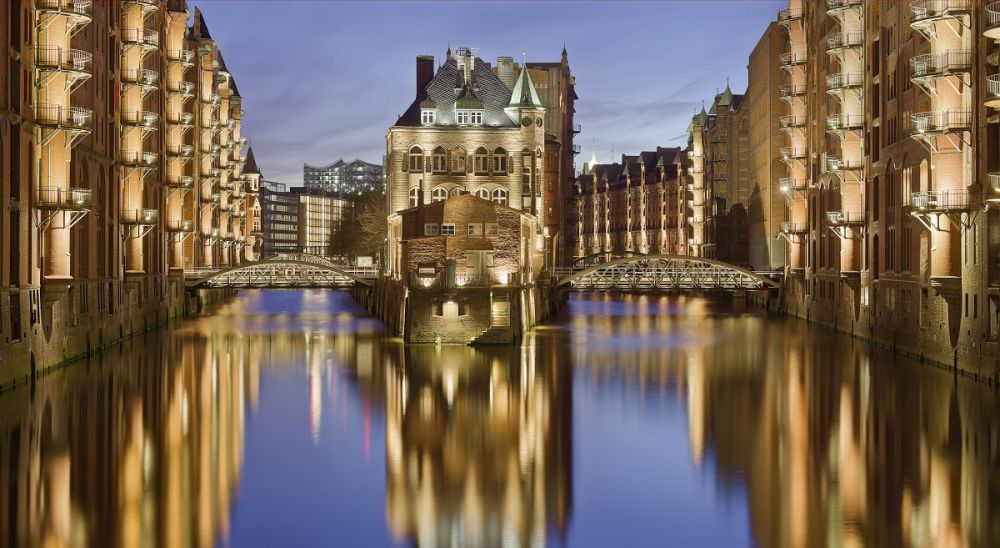 ICLEI Member Hamburg (Germany)'s Speicherstadt (‘City of Warehouses’) was originally developed on a group of narrow islands in the Elbe River; the buildings stand on wooden poles under water. This district is made up of former trade and warehouse areas and is distinctively characterised by canal systems, clinker brick facades, narrow alleyways and copper roofs. Although not many people live in the Speicherstadt, Hamburgers say that the Speicherstadt and Kontorhausviertel are central to the identity of the city.

Today, the high tide is over 1,5m higher than it was when the area was first built. The poles on which the district stands are beginning to degrade, sections of the oak are becoming soft and mushy, and quay walls risk collapsing in some places. A major restoration project is needed to ensure that the Speicherstadt stays standing.

The restoration of the quay walls is one of the biggest restoration projects in the Speicherstadt and represents one of the most significant investments in terms of human resources and financial investment in the area. To ensure that these decisions are well informed, Hamburg’s department responsible for the UNESCO World Heritage site is cooperating with other European cities, ICLEI and research experts as part of the European-funded ARCH project.

The ARCH project is working on building the resilience of areas of cultural heritage by trying to better understand how the increasingly visible effects of climate change will affect historic areas in European cities. The cities at the forefront of this project, Bratislava (Slovakia), Camerino (Italy), Hamburg (Germany) and Valencia (Spain), are aware that areas of cultural heritage call for very specific planning and care when it comes to preparing for risks and threats, such as climate change and earthquakes.

The ARCH scientific team will perform risk analysis and draw conclusions regarding what increasing climate risks would mean for the procedures and the management of cultural heritage. New decision support tools will allow local governments to access geographical information and data on the monuments and artefacts, in combination with information on climate-related risk.