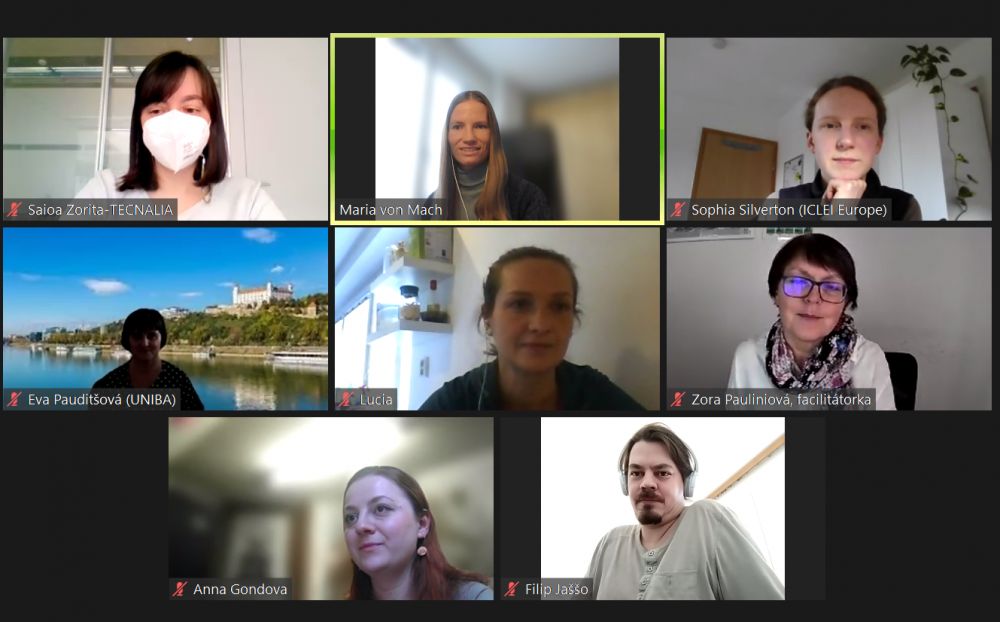 In order to raise awareness of the ARCH project among local stakeholders, project partners gave an overview of the project objectives and the consortium. In addition, the climatic context of the city of Bratislava was presented to lay the groundwork and explain the approach for the development of the Adaptation Pathway.

In total, nine local stakeholders participated in the online session and provided feedback on the adaptation pathway. The participants had different backgrounds and fields of work, e.g. scientists from different universities, employees of the City of Bratislava and the deputy mayor of a Bratislava municipality were present.

This first session on Bratislava's Flexible Adaptation Pathway was a promising start and project partners hope to engage local stakeholders in Bratislava in further co-creation activities in the coming months.